Here’s an interview with Richard, the owner of Community Hill. Richard’s entrepreneurship has been going on for 10 years – since the times Amazon was selling books. Now he’s working with Fora Soft, which is his last hope.

What do you have to expect going into work with Fora Soft? What can we teach an experienced entrepreneur who had worked with many developers before coming to Fora Soft? The answers are in the interview.

I also tried my best to find out the problems Richard might’ve had with Fora Soft, so that the feedback is truly genuine. It turned out to be a difficult task, as everything has been spot on. Enjoy!

Nikita: What is Community Hill and who is it for?

Richard: Thank you for this opportunity. Community Hill is an online platform with people of various communities, mainly the towns and the villages where people live. People sell various items, usually household items, including furniture, vehicles and others. Service providers post their services. For instance, electricians. So on that platform, people post everything, and if anyone is interested, contact them. They plan a time and location to meet and then they do the transaction. That’s what Community Hill is about. We’re building the community together, you know?

Nikita: Cool. So you’ve come to Fora Soft. When did this happen?

Richard: That was last year. Probably August or September? I went to an online auction platform first. I was looking for a team that could really make a good product. And then one of the team members of Fora Soft contacted me. He told me that we’d get in touch. I’m glad that we got it started. So I’ve been with you for 9-10 months. And I’m still with you because we have to do the 2nd phase.

Nikita: That’s very good to hear. But before Fora Soft, was there any company that you were going to work with? Perhaps, Fora Soft wasn’t your first choice?

Richard: Yes. At first I contacted one of the programmers. That platform where I went has so many programmers. You can never know whether someone really knows what he’s doing or whether he’s also outsourcing somewhere else. So the first person didn’t really do a good job at all. So I kind of lost hope in these individual freelancers. I decided that I needed a team of people that can really do something. And when I checked on that, all of a sudden Fora Soft showed up. Nothing else showed up, actually. I read the reviews on Fora Soft and it started from there. I didn’t look for anything else. So, that’s how we met.

Nikita:  You mentioned having the team in Fora Soft, a project team consists of developers, project managers, designers, QA… We’ve got marketing, promotion and so on and so forth. During the production of your app, did you ever feel that you really need all those people? Or was it like, “I don’t really understand why I need so many people, and I’m good with like 2 or 3 of them, not the whole team?”

And then when I was told that we even have testers, I was so glad that they had that team.

Nikita: Over the time of us working together, was there anything that you wish that Fora Soft would improve, maybe some downsides of working with us?

Richard: I haven’t come across anything because Fora Soft is good at communicating. You keep in touch. I always communicate with the programmer, the project manager, the designer. Because of that constant communication, there hasn’t been a gap for doubt. Like every time I have an issue or an idea, I usually ask them and then we find a solution right away. We could also find a date to have a meeting and talk about it.

Nikita: Good to hear. Let’s talk a little bit about your app. So it’s an iOS app. Are you planning on going to Android or Web or something else?

Richard: Oh, yeah, definitely. If we get more funding, I want us to finish this 2nd phase of iOS and then I also want us to do the Android version or the web version as well.

Nikita: Okay. And Community Hill is currently an MVP, right?

Nikita: During this MVP, did you have any people to test the app? Maybe yourself, your family, or friends.

Richard: Yeah, sure. It’s been myself at the moment. I haven’t been able to ask any family members to test, so it’s just me and the programmer for now.

Nikita: I guess you did come across some bugs because, unfortunately, they’re imminent. Do you feel that there were lots of bugs or were they kept to a minimum?

Richard: Well, at some point, as I was testing the app – the MVP –  it crashed. And then I mentioned it to the programmer, and he said that he was going to check it out to find a solution for it. Other than that, I didn’t see any other bugs on my side. Maybe on their side, they might have seen some because so many people were testing, so they could identify more issues. But on my side, I didn’t see anything else.

Nikita: Right. And after the developer said that he was going to look into the problem, did he keep his promise?

Richard: Yes, he told me that they have also identified other issues and they are going to work on them. And we are yet to have the meeting this week (the meeting went peachy, Fora Soft resolved everything). We’re gonna discuss the issues that they found. So I would say he kept his promise.

Nikita: Is there something you want to add or say about Fora Soft that relate to our other clients?

I would say that any anyone who comes Fora Soft should be really available for constant communication.

That’s what really helps to keep the project going. If one is really busy and not able to keep in touch, I think it will be so hard to keep the project moving. It’s all about communication. You’re on the same page with the programmers. Your expectations and their expectations are on the same level. I think that’s the most important thing – be ready to keep in touch with all the team members. Starting with that, with the analytic, then programmers, and all those people, it’s about communication.

Nikita: Right. And actually, I have one more question that I kind of forgot to ask in the beginning. Richard, do you yourself have some kind of technical background?

Richard: A little bit. I’ve always had the passion of online businesses. I started out venturing into online businesses like 10 years ago, those years when Amazon was just getting started, when they were just selling books. I had this idea of the market place, but I didn’t have the money. So I reached out to the local programmers and they really did do a good job. They didn’t do what I really wanted. So I’ve been trying out this field of online businesses for a long time. During that time, of course, I’ve come to learn a little bit of what programing is all about, what a programmer is and all that kind of stuff. I’ve developed a little bit of technical knowledge in that field. But I don’t really have that much technical background, just a little bit, only because I’ve been trying out this field for a very long time. I must say that Fora Soft is my last try. If it fails, I’m out of it because it’s been like 10 years. I’m trying this out since the time Amazon was selling books. I was building ideas on how to make a good marketplace. It’s been a long time. So I would say Fora Soft is my last try. If it fails, I let it go.

Nikita: Well, I guess I can speak on behalf of Fora Soft, that we’ll do our best to satisfy your needs. And actually what I wanted to ask is that you barely have some technical background. You are not a developer by any means, as far as I understand. Did you ever feel that you are lacking the skills to produce Community Hill with Fora Soft? Or did it feel like you don’t actually need to understand the codes or anything like that? You can just give Fora Soft an assignment and expect a result, and you can give this assignment using some human language, not developer language.

Nikita: Can you please rate Fora Soft on a scale of ten in terms of communication, professionalism, and determination in the project’s involvement, perhaps.

Richard: Oh, it’s ten out of ten. The local developers and freelancers I interacted with before I came to Fora Soft, they didn’t even tell me about user stories.

I first heard about user stories from Fora Soft.

So, that’s it! Wanna, just like Richard, enjoy all the best that Fora Soft has to offer? Make sure to contact us using the contact form! 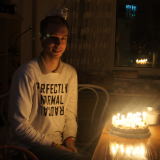