When streaming a video, the delivery mostly depends on which live streaming protocol is used. Each protocol performs differently in terms of latency, scalability, and supporting devices. While there’s no universal solution to each live streaming need, you still have freedom to pick the best match for your specific requirements.

How does streaming work?

For the end user, live streaming is all about a quasi-real experience with a screen and a camera standing in-between them and the source. In reality, there’s much more backstage.

It does start with capturing whatever is about to go live on camera. It does end with playing the content on an end-user device. But to make this happen, it takes four more milestones to complete.

Aaand — cut! Here’s where a user sees the livestream on their device. A long way to go, huh? But in fact, this journey may take less than 0,5 second or 1-2 minutes. This is called latency and it varies from one protocol to another. As well as many other parameters.

There’re quite a few live streaming protocols to choose from, but we’ll elaborate on three most commonly used ones: RTMP, HLS and WebRTC. In short, here’s the difference:

Real-Time Messaging Protocol (RTMP) is probably the most widely supported media streaming protocol from both sides of the process. It’s compatible with many professional recording devices and also quite easy to ingest into streaming platforms like YouTube, Twitch, and others.

Supporting low-latency streaming, RTMP delivers data at roughly the same pace as cable broadcasting — it takes only 5 seconds to transmit information. This is due to using a firehose approach that builds a steady stream of available data and delivers it to numerous users in real time. It just keeps flowing!

Yet, this video streaming protocol is no longer supported by browsers. This results in additional conversion and transcoding the stream into a HTTP-based technology, prolonging the overall latency to 6-30 seconds.

HTTP Live Streaming, developed by Apple as a part of QuickTime, Safari, OS X, and iOS software, is a perfect pick if you stream to a large audience, even millions at a time. HLS is supported by all browsers and almost any device (set-top boxes, too).

Usually, to cover a large audience with broad geography stably and with the lowest latency, CDN is used.

The only major drawback of HLS seems to be the latency — prioritizing quality, it may reach 45 seconds when used end-to-end.

Apple presented the solution in 2019: Low Latency HLS shrinks the delay to less than 2 seconds and is currently supported by all browsers, as well as Android, Linux, Microsoft and, obviously, macOS devices, several set-top boxes and Smart TVs.

RTC in WebRTC stands for “real-time communication” which suggests this protocol is perfect for an interactive video environment. With the minimum latency possible (less than 0,5 second) WebRTC is mostly used for video conferencing with not so many participants (usually 6 or less). We use it a lot in our projects for video conferencing. Check out the ProVideoMeeting or CirrusMED portfolios.

But media servers like Kurento allow WebRTC scaling to an audience of up to 1 million viewers. Yet, a more popular approach would be to use WebRTC as an ingest and repackage it into more scalable HLS.

Apart from providing the absolute minimum latency possible, WebRTC doesn’t require any additional equipment for a streamer to do the recording.

Thus, when choosing a live streaming protocol for your streaming goals, ask yourself these questions:

One protocol may not satisfy all your needs. But a good mix of two can. Hit us up to get a custom solution to turn your ideas into action. 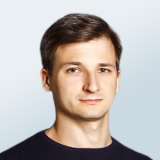 CEO and founder. Started IT career as a .NET software developer in 2003. In 2005 developed an animated virtual chat with a team - a Fora Soft starting point. Moved to project management and gained a Project Management Professional Certification. My strength is software project estimation, I personally review all estimation breakdowns we give to our clients. Ph.D. in IT. Admiral Makarov State University of Maritime and Inland Shipping graduate