What features we develop for closed-circuit television (CCTV) software

Full HD quality – like most movies on YouTube and television. Watch it on a cinema size screen in an auditorium – students will see the details.

Video and audio are so in sync – speech pathologists work with these streams.

Pan means the camera moves left and right to show the whole room.

Tilt means movement up and down.

Zoom – enlarge the view. E.g., from the whole room observation zoom to a sheet of paper on the table, to distinguish what a patient is writing.

To use PTZ, you need to buy PTZ-enabled IP cameras.

Hit the record button when you want – or schedule recording. The stream will start recording automatically.

Set recurrence – e.g. daily, weekly. Decide for how long to repeat: end after N repetitions, endlessly, till a certain date. Set a starting position to record for PTZ cameras.

Save to any popular format, e.g. mp4. Convert.

No hardware equipment on site, except the IP cameras. We program all the functions that Digital Video Recorders (DVR) and Network Video Recorders (NVR) have. So video is processed and stored on a server. The servers are usually in the cloud – rented from providers like Amazon. However, the server can be in your local server room too.

Some IP cameras have speakers. So you can speak into your laptop mic and someone will hear you near the IP camera. Scare intruders away 🙂

Add comments on video while watching live or pre-recorded ones. Police officers mark confessions – and don’t have to re-watch the whole interrogation to find it again.

Take pictures with your IP cameras and save them.

Video of people is sensitive content and subject to law regulations. For example, doctors must access interviews of their patients only and not their colleagues’. We develop software with as many user roles as you need. When a user logs in, he only has access to the content permitted to him.

Push a real button on the wall to start streaming and recording. A sign “In Use” lights on. Stop the recording from your computer or the same button.

Some IP cameras have movement detectors. Cameras may start recording or play some warning sound to scare away the intruders. Get an SMS or push notification about that.

Define “suspicious objects”, and the system will warn you when a camera spots one. We developed an app where military drones monitor land for opponent soldiers and cars this way. Neural networks teach the app to recognize them better and better. We recognize objects on live video with OpenCV.

Type a word, and get all spots on the video marked where it sounds. Police officers search through interrogation recordings this way. For sound recognition, we use Amazon Transcribe, one of Amazon Web Services (AWS) products.

Devices for which we develop VMS and video surveillance software

What IP camera to pick for a video surveillance application

Start with those that support ONVIF standards and program your software to support them.

Most IP cameras support the ONVIF standard. It’s a standard API – application programming interface. It’s a “language” a program can speak with the IP cameras.

Axis, Bosch, and Sony founded ONVIF. Most of their cameras should support it, but it is not guaranteed. Other manufacturers want their cameras to sell well – so they are interested in supporting ONVIF. However, not all the cameras are supported – the standard is voluntary.

If the camera does not support ONVIF, the support of such IP camera is programmed separately. So you can’t program once and for any camera.

So, a safe bet among IP camera brands is starting with Axis. Axis has the largest market share – your software will support more cameras than it would with any other choice. Many Bosch and Sony cameras will work too as they support ONVIF.

What industries we developed video surveillance and management software for

How much it costs to develop video surveillance software

With ipivs.com we work on an ongoing basis – provide a dedicated team.

Send us a message through Request a quote. We’ll estimate the time and price for your project. 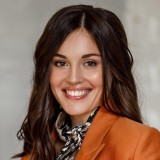 I’m a co-founder, responsible for marketing and finance. Joined Fora team in 2010. Till 2016 I was actively selling and gained experience in software product analysis. Know competitors of our clients projects, recommend technologies and architecture on a high level, and modern trends in functionality and UI/UX. Give our developers recommendations on SEO. St. Petersburg State University graduate, Faculty of Economics. CIMA Dip MA.