In the span of the last 10 years, the term “neural networks” has gone beyond the scientific and professional environment. The theory of neural network organization emerged in the middle of the last century, but only by 2012 the computer power has reached sufficient values to train neural networks. Thanks to this their widespread use began.

Neural networks are increasingly being used in mobile application development. The Deloitte report indicates that more than 60% of the applications installed by adults in developed countries use neural networks. According to statistics, Android has been ahead of its competitors in popularity for several years.

What are neural networks and how do they work?

Mankind has adopted the idea of neural networks from nature. Scientists took the animal and human nervous systems as an example. A natural neuron consists of a nucleus, dendrites, and an axon. The axon transitions into several branches (dendrites), forming synapses (connections) with other neuronal dendrites.

The artificial neuron has a similar structure. It consists of a nucleus (processing unit), several dendrites (similar to inputs), and one axon (similar to outputs), as shown in the following picture:

Neurons on different levels are connected through synapses. During the passage through a synapse, the signal can either strengthen or weaken. The parameter of a synapse is a weight – some coefficient can be any real number, due to which the information can change. Numbers (signals) are input, then they are multiplied by weights (each signal has its own weight) and summed. The activation function calculates the output signal and sends it to the output (see the picture).

How to prepare neural networks for usage?

Most mid-range and low-end mobile devices available on the market have between 2 and 4 GB of RAM. And usually, 1/3 of this capacity is reserved by the operating system. The system can “kill” applications with neural networks as they run when the RAM limit approaches.

The size of the application

Complex deep neural networks often weigh several gigabytes. When integrating a neural network into mobile software there is some compression, but it is still not enough to work comfortably. The main recommendation for the developers is to minimize the size of the application as much as possible on any platform to improve the UX.

Simple neural networks often return results almost instantly and are suitable for real-time applications. However, deep neural networks can take dozens of seconds to process a single set of input data. Modern mobile processors are not yet as powerful as server processors, so processing results on a mobile device can take several hours.

Working with a single app on multiple devices

As an example, a facial recognition app is installed on the user’s phone and tablet. It won’t be able to transfer data to other devices, so neural network training will happen separately on each of them.

TensorFlow is an open-source library from Google that creates and trains deep neural networks. With this library, we store a neural network and use it in an application.

To make learning TensorFlow easier, the development team has produced additional tutorials and improved getting started guides. Some enthusiasts have created their own TensorFlow tutorials (including InfoWorld). You can read several books on TensorFlow or take online courses.

We mobile developers should take a look at TensorFlow Lite, a lightweight TensorFlow solution for mobile and embedded devices. It allows you to do machine learning inference on the device (but not training) with low latency and small binary size. TensorFlow Lite also supports hardware acceleration using the Android neural network API. TensorFlow Lite models are compact enough to run on mobile devices and can be used offline.

TensorFlow Lite runs fairly small neural network models on Android and iOS devices, even if they are disabled.

TensorFlow Lite makes it easier to implement and use neural networks in applications. However, developing and training models still requires a lot of time and effort. To make life easier for developers, the Firebase ML Kit library was created.

The library uses already trained deep neural networks in applications with minimal code. Most of the models offered are available both locally and on Google Cloud. Developers can use models for computer vision (character recognition, barcode scanning, object detection). The library is quite popular. For example, it is used in:

In addition to methods out of the box, there is support for custom models.

What’s important is that you don’t need to use any services, APIs, or backend for this. Everything can be done directly on the device – no user traffic is loaded and developers don’t need to handle errors in case there is no internet connection. Moreover, it works faster on the device. The downside is the increased power consumption.

Developers don’t need to publish the app every time after updates, as ML Kit will dynamically update the model when it goes online.

The ML Kit team decided to invest in model compression. They are experimenting with a feature that allows you to upload a full TensorFlow model along with training data and get a compressed TensorFlow Lite model in return. Developers are looking for partners to try out the technology and get feedback from them. If you’re interested, sign up here.

Since this library is available through Firebase, you can also take advantage of other services on that platform. For example, Remote Config and A/B testing make it possible to experiment with multiple user models. If you already have a trained neural network loaded into your application, you can add another one without republishing it to switch between them or use two at once for the sake of experimentation – the user won’t notice.

Developing Android apps that use neural networks is still a challenge for mobile developers. Training neural networks can take weeks or months since the input information can consist of millions of elements. Such a serious workload is still out of reach for many smartphones.

Check to see if you can’t avoid having a neural network in a mobile app if:

Neural networks became popular a few years ago, and more and more companies are using this technology in their applications. Mobile devices impose their own limitations on neural network operation. If you decide to use them, the best choice would be a ready-made solution from Google (ML Kit) or the development and implementation of your own neural network with TensorFlow Lite. 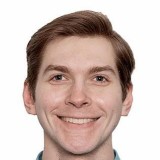 Android developer. I joined the Fora Soft team in 2018. At first, I worked as an HR manager for about 3 years. However, then I became more interested in developing applications for Android. So I researched this topic and joined the Android department where I have been working for over half a year. Now I'm involved in creating a cool video meeting application. IT is my great love.