Whenever you create an iOS application, the question you ask first is usually “Do I have to develop a native solution using Swift or go with a cross-platform app?”. You will be able to answer this question, as well as understand the advantages and disadvantages of the both options, after reading this article.

Facebook created and supports this platform. React Native helps develop cross-platform mobile apps on JavaScript. With that being said, developers are free to use up to 70% of the code between different platforms, such as iOS and Android.

Flutter is a young yet promising platform. It has attracted attention from big companies that developed their apps. Flutter’s simplicity is comparable with web applications, and its speed is equal to that of native apps’. The programming language that goes with Flutter is Dart, which compiles into a binary code. That allows operation speed to be comparable to Swift’s and Objective-C’s.

Xamarin is a framework for cross-platform mobile application development, which uses the C# language. Microsoft bought Xamarin in 2016, made the source code of Xamarin SDK open, and included it into IDE Microsoft Visual Studio.

Objective-C used to be the main language of development for iOS until not so long ago. This language is a superset of C, that’s why the compiler Objective-C fully understands C-code. Therefore, an app created with Objective-C can be very fast. Objective-C also has object-oriented programming, which helps make programs that you can easily scale in the future if needed. However, this language is quite old. Stepstone created it in the 1980s. Apple, on the other hand, is a very progressive company, so it wasn’t a huge surprise when they introduced a new programming language in 2014 – Swift.

Swift is a language that allows writing applications for phones, desktop computers, and servers. The compiler is optimized for productivity, and the language is optimized for development, with no compromises from each side. Swift has years of development behind it, and it’s still moving forward, constantly learning new opportunities. When it was just released, the community split into two parts. The first one believed that there was nothing better than Objective-C. The second one rooted for Swift and tried to use it to create apps. Now, after several years of development, it’s safe to say that when it comes to creating iOS apps, Swift is language #1.

Advantages and disadvantages of cross-platform solutions

The idea of writing an app for iOS and Android simultaneously does draw attention to itself. However, nothing is perfect.

Advantages and disadvantages of native solutions

According to research conducted by Andrew Madsen’s blog, out of 79 most popular non-game applications in the App Store, about 53% are written in Swift, and the other 47% don’t use Swift. It’s important to mention that somebody from that 47% can be using Objective-C, which is a native language, too.

There is also research by statista.com, which says that ⅔ of all apps are native, for both Android and iOS. Why is that?

Cross-platform and native ways of development have advantages and disadvantages to them. There is no multi-purpose tool that will be better everywhere. When choosing development tools, take an app type, app’s and platform’s peculiarities, your money, and goals into consideration.

For example, go for a cross-platform solution, if you:

On the other hand, go for native tools if your app: 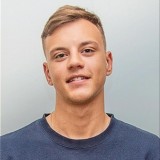